“Pila Half Marathon”, an annual half marathon that is always held on the first Sunday of September in the Polish city of Pila. But it has proven itself among runners from a rather good side, as it has a good organization and an interesting half-marathon route. Therefore, the number of participants half marathon in Pila grows every year.

"Pila Polmaraton" is an international competition, which is a continuation of the already legendary 15-kilometer race "Pilska Pietnastka", which was held in Pila from 1991 to 1999. Its initiator and founder was Henryk Paskal, an experienced Polish marathon runner. He had a huge sports experience, took part in many marathons and, together with like-minded people, dreamed of organizing a street race in Pila according to European standards. Together with Marek Novak and Zenon Pistek, who were activists of the Regional Athletics Association in Pil, in 1991 they joined the organization "Pilska Pietnastka". 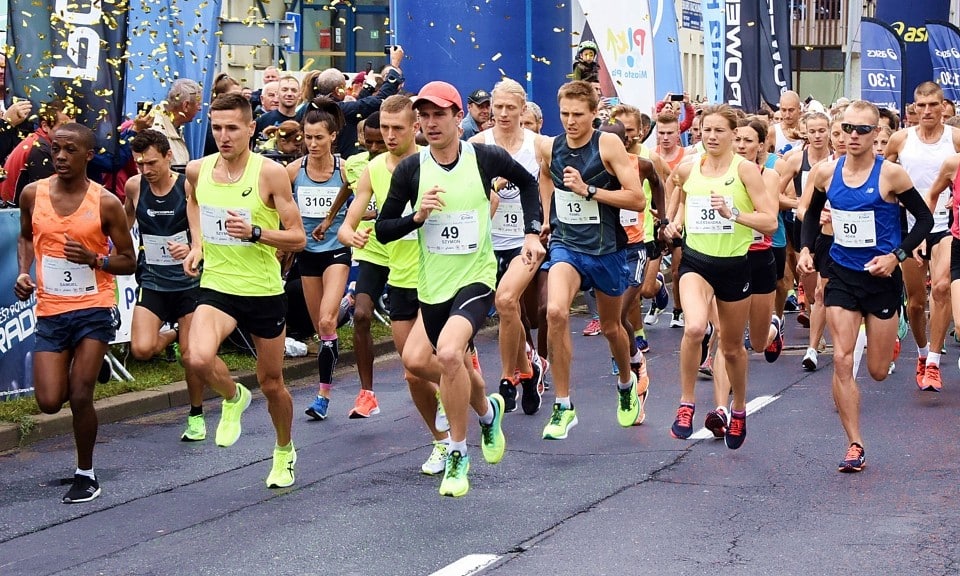 This initiative was liked by the local government and local self-government bodies, so the event is still supported by them as a half marathon. And the funds provided by numerous sponsors of the competition allowed them to be held at a very high level. Due to the rapid development of the competition in 1996, a decision was made to create the Association street running, whose president was elected Henrik Pascal. The association not only became the main thing the organizer of the half marathon, but also promotes a healthy lifestyle, sports and, in particular, running. The association works successfully, takes part in many national conferences, AIMS congresses, etc.

In 2000, "Pilska Pietnastka" turned into a half-marathon. It was this year that the distance was changed from 15 kilometers to 21.975 kilometers, and Philips became the main sponsor of the competition. First participants of the half marathon only men could participate, and since 2011 the half-marathon has also been held among women. Every year, the level of the half-marathon is constantly increasing. Currently, "Pila Polmaraton" is included in such running series as: “Crown of Greater Poland Half Marathons”, “Crown of Polish Half Marathons” and is one of top half marathons of Poland

Half marathon route in Pila runs along a well-paved road through the central streets of the city and its surroundings. Participants can enjoy picturesque landscapes and green zones during its overcoming. The start and finish is in the heart of Peel. The route has PZLA certificates and is well marked. The organizers provided three points of hydration and nutrition at the 6, 11 and 15 kilometer mark, where each athlete can refresh himself with water or refuel with isotonic. 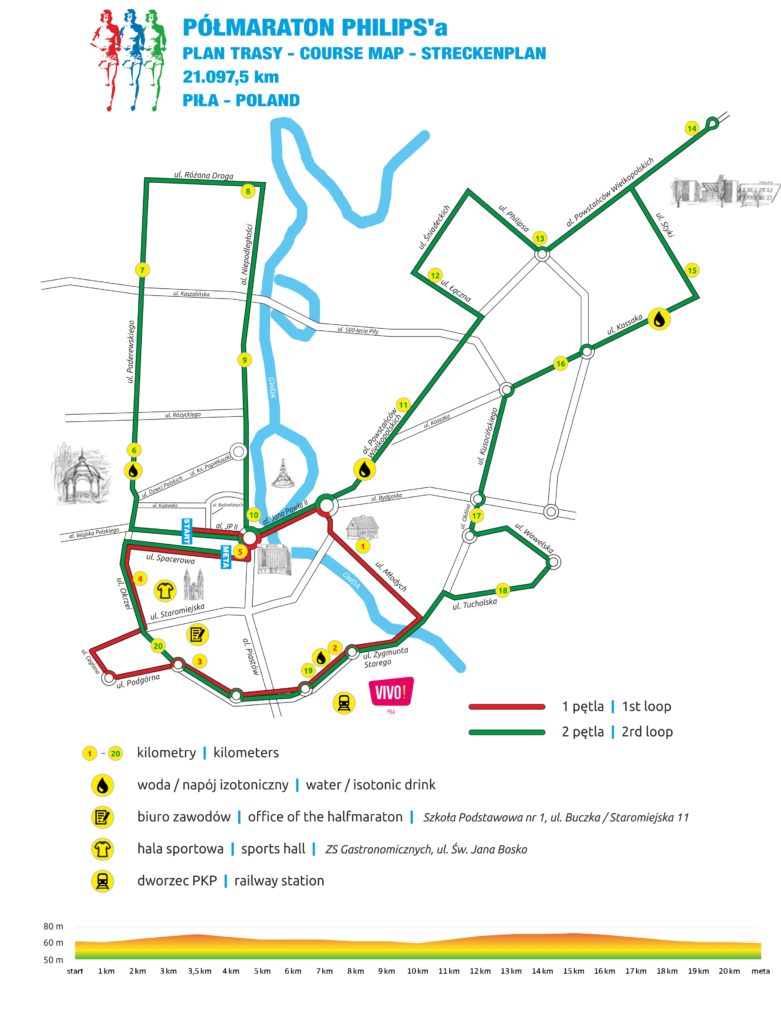 Register at participation in the half marathon you can do it online on the official website of the half marathon. At the same time, it is necessary to pay a registration fee in the amount of about 55 Polish zlotys. It may change depending on the date of registration. Each athlete upon arrival receives a branded t-shirt, a timing chip, starting number and commemorative souvenirs and gifts. After the finish - medal and diploma.