While on the hunt for a new me running competitions in Ukraine I stumbled across an interesting series of races called Grand Prix "Kyivska Rus", which took place mainly in the territory of the city of Vyshhorod and partly in the capital of Ukraine, Kyiv. Participants of this grand prix had the opportunity to compete in the following categories, club and individual (absolute, masters (40-49), grandmasters (50-59), veterans (60+). 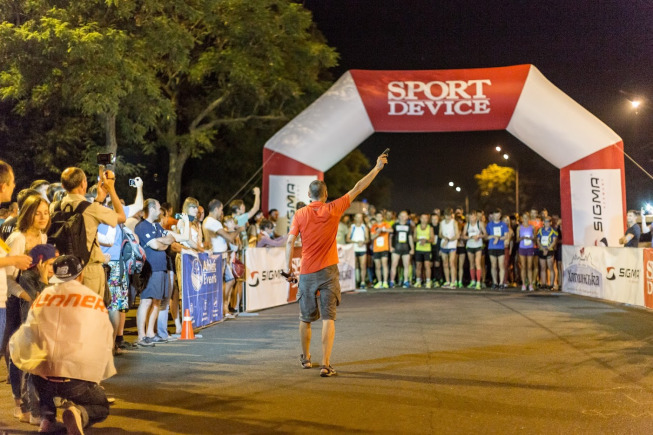 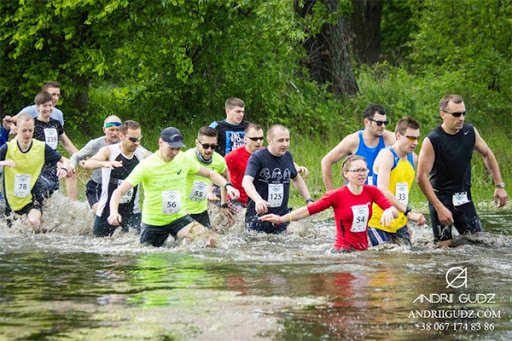 Marathon race, which took place every year in June in the city of Vyshgorod. Its organizer was the marathon club "Kyiv 42195". A 21-kilometer race was also held as part of the competition. Route night marathon "Kyivska Rus" was a well-paved track that ran along the embankment of the Kyiv Reservoir and consisted of 10 laps of 4.2 kilometers each. Night marathon "Kyivska Rus" began its history back in 2005 and initially had only one distance - 42 kilometers. In the first version of the competition, 70 participants expressed their desire to participate. In 2008, when the fifth edition of the night marathon took place, the organizers added a satellite distance to the main discipline - a half marathon and a relay.
Since 2012, the "Kyivska Rus" night marathon has been included in the series of "Kyivska Rus" grand prix races. Its history consists of 12 revisions, the last of which took place in 2016. But you should not put an end to this. On the foundation of the legendary night marathon, a new rather interesting running event was created - the marathon “Night Marathon-Fest”, which from its predecessor received a good flat track, distances (42 and 21 kilometers), high-quality organization, location and concept of the race.
trail "Chortoryy"

Trail race "Chortoryy” takes place every year in September in the city of Kyiv at a distance of 12 and 6 kilometers. Trail route consisted of one or two cross-country laps. Its first edition took place in 2012 and gathered only 57 participants in the main distance and 32 participants in the 6-kilometer race. The history of these competitions consists of 4 editions. In 2015, during the last fourth edition of the "Chortoriy" trail, the first Ukrainian trail championship was held.

A 21-kilometer race that took place in Vyshgorod in December. The organizer of the race was the same running marathon club "Kyiv 42195". Half marathon route took place along the well-paved route of the "Kyivska Rus" night marathon and consisted of 5 laps of 4.2 kilometers each. The first edition of these competitions took place back in 2012, since then it has become the final stage in the "Kyivska Rus" grand prix running series. During New Year's half-marathon "Yol" the winners of the "Kyivska Rus" Grand Prix were usually awarded.

In total, there were 7 successful editions of this race, which later became the only one of the "Kyivska Rus" grand prix that survived the grand prix itself and is held to this day.

In 2013, the "Kyivska Rus" Grand Prix was replenished with another race:

Cross-country race at a distance of 10 and 5 kilometers, held in May in the town of Zazimya. The first such competitions took place in 2013. The Wolf's Throat trail route consisted of one or two laps (5 and 10 kilometers) around the Wolf's Throat Creek and Homa Lake. The first edition of the competition gathered 79 participants of the main distance and 31 participants of the additional distance. The third edition of the "Wolf's Throat" trail, which took place in 2015, was unfortunately the last for him. In 2019, an attempt was made to resume the competition, but for well-known reasons due to the coronavirus epidemic, it was not canceled.

In 2014, the organizers added 2 more races to the "Kyivska Rus" grand prix series:

In May 2014, the organizers of the "Kyivska Rus" Grand Prix decided to add a new competition to it - the "Knyazha Sotnia" ultramarathon. As part of the sports event, races of 100, 50, 30 and 10 kilometers were planned. Ultramarathon route passed along a well-paved track along the embankment of the Kyiv Reservoir and was circular, the length of one circle was 5 kilometers. It was the first official ultramarathon of Ukraine. however, unfortunately, it did not have a long history. In 2016, during the second edition, the Ukrainian Ultramarathon Championship was held. In the same year, his last start took place.

Race for survival "Armageddets" was launched for the first time in September 2014 and was distinguished by a rather interesting concept. The length of its track was 1.5 kilometers. Each participant remained at the distance until the leader of the race caught up with him. After this happened, the athlete had to run to the end of the circle, where his time was recorded. The race continued until five athletes remained in one lap or the leader of the race completed 10 laps.

In total, there have been three editions of this interesting race throughout history. The last time "Armagedets" started in 2016. 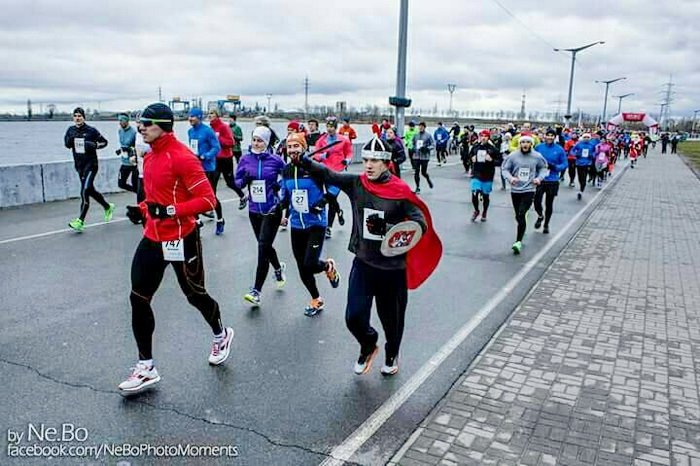 As for the "Kyivska Rus" grand prix running series itself, it existed until 2015. It was then that its last fifth revision took place. That year, the Grand Prix included 6 starts: